The composition of the U.S. House of Representatives provides great material for data visualization. We’ve already produced a graph (click here for the original post, here for the improved version) that, like the Minard graphic of Napoleon’s march to Moscow popularized by Edward Tufte, presents seven types of data in a single two-dimensional space. It paints a rather complete picture. But does it really feed the bulldog?

No, it doesn’t. The original Washington Post graph examined, albeit poorly, how the president’s party does in mid-term elections. While our graph included that information, the answer to that question doesn’t really jump out at you. So let’s take a completely new pass at it: 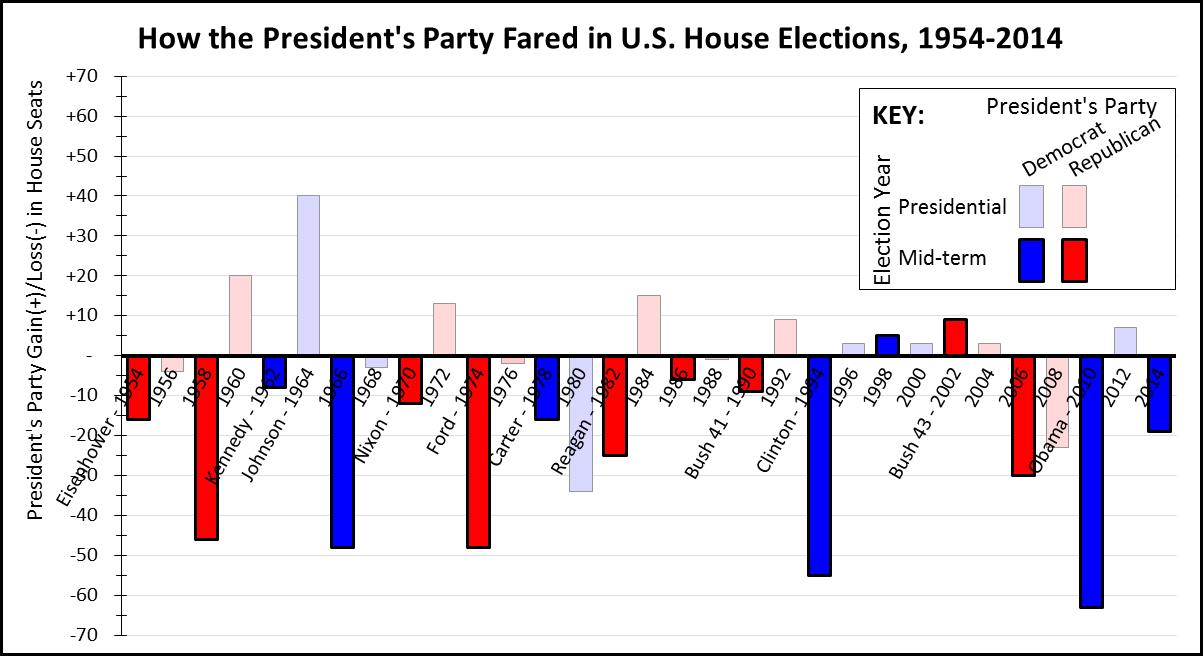 However, the graph provides relatively little insight into changes during presidential election years, and even less into the overall ebb-and-flow of partisanship in an obviously fickle American electorate. Moreover, the effort-ink ratio – to borrow from a Tufte term – is still very high, and these graphs take up a lot of space to make a small number of rather straightforward points.

So I still have to ask: Is this really the best way to present this information? I think not, so we’re not done yet. In my next post, we take a look at trying to draw a clearer picture, but using tables instead of graphs.