Data Visualization and the U.S. House - A New Approach (#4)


We’re back, and I’m hoping you all enjoyed the holiday. As I suggested in the last post, let’s try using a table instead of a graph to see how House of Representatives election results correlate with the incumbent president’s party: 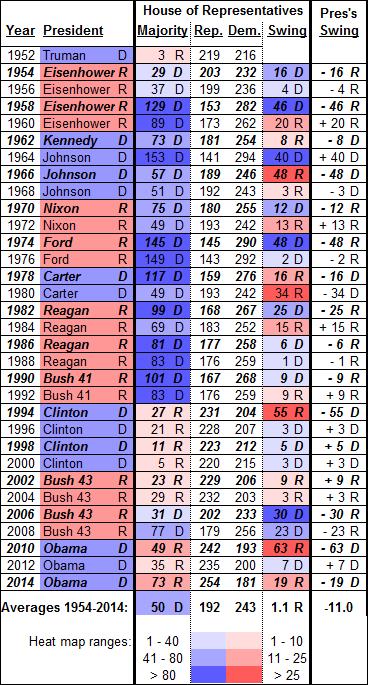 As with the first graph we originally used, all the data are present: the identity of the president and his party, the House’s political party composition and its changes, and how the president’s party fared in each election (the second graph, introduced last week). Compared to a graph, here are some of the advantages of using a table:

This last point, about ratios and key indicators, is a critical element of quantation, and deserves more discussion and examples. Stay with me – in the next post we’ll talk about that, and how we can make our points more simply, clearly, and precisely.

(NOTE: To see an uncolored version of the above table, click here!)