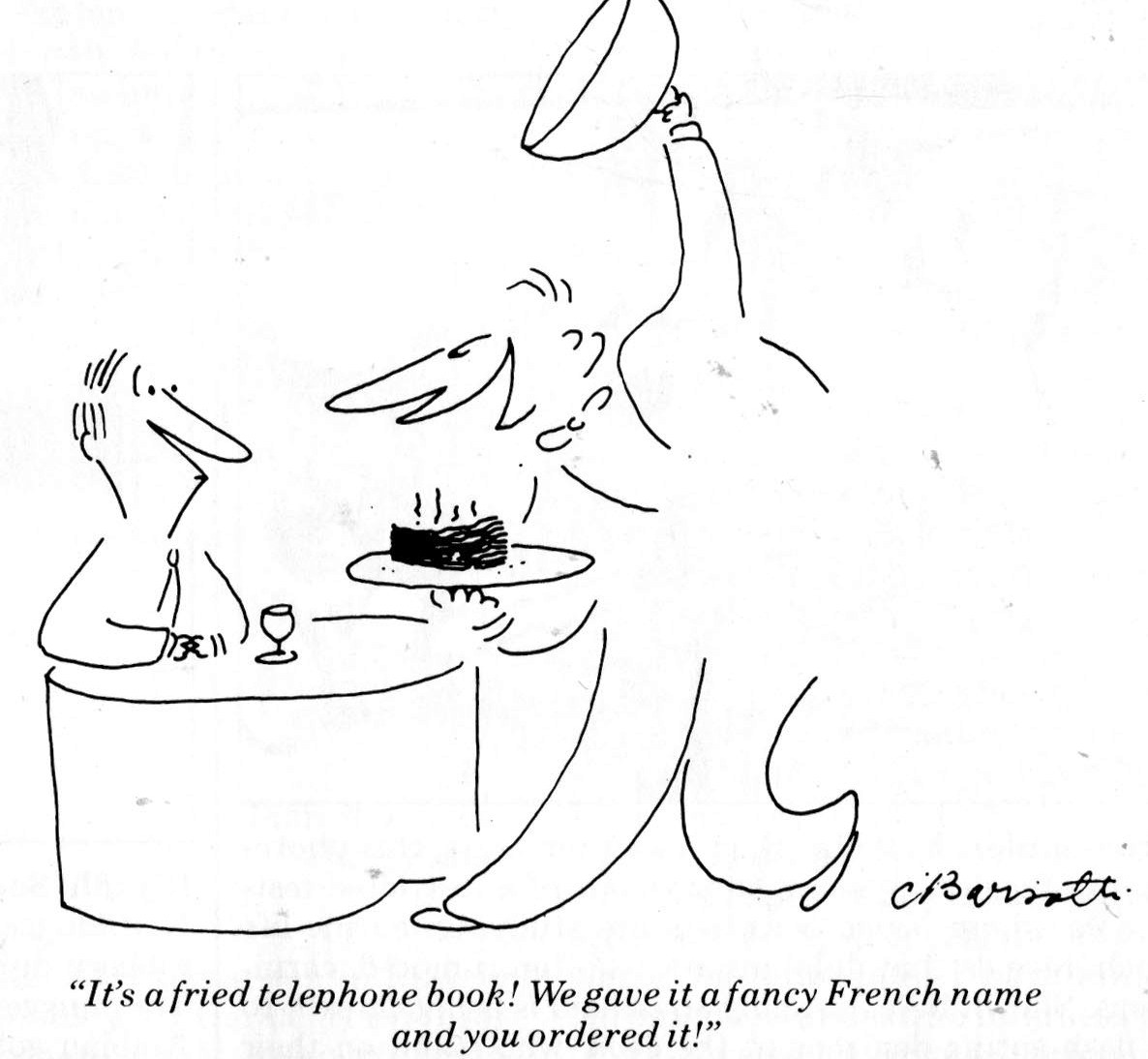 As a proud member of the normal-human race, I wonder if anyone asked the following questions before the SEC published their guidelines:


Of course, the SEC staff probably has an issue with Question #3 as well, and the disclosure regulations were probably never translated from the original Sanskrit (OK, maybe it was Aramaic). And as a result, public companies have engaged in the time-honored practice of “malicious compliance”: for centuries, bureaucrats and soldiers have dealt with ridiculous orders simply by following them. To the letter.

Which brings me back to the delightful cartoon by Charles Barsotti, which I have waited over 30 years to use. The SEC has ordered fried telephone books from American public companies, who served them right up. Bon appétit!