In recent posts we’ve seen how tiny changes in the way we present numbers can have a huge impact on how well the information is understood. In this post, we look instead at how those little things can affect how your integrity or your ethics might be perceived.

For our example, consider a slide from an investor presentation I found online (click here for the original document). Just for the record, the company (Constant Contact – Nasdaq: CTCT) looks at first glance like a perfectly fine company; I’m only commenting on how they present some of their information. Here’s slide #13, showing the trend in Average Revenue Per User (ARPU): 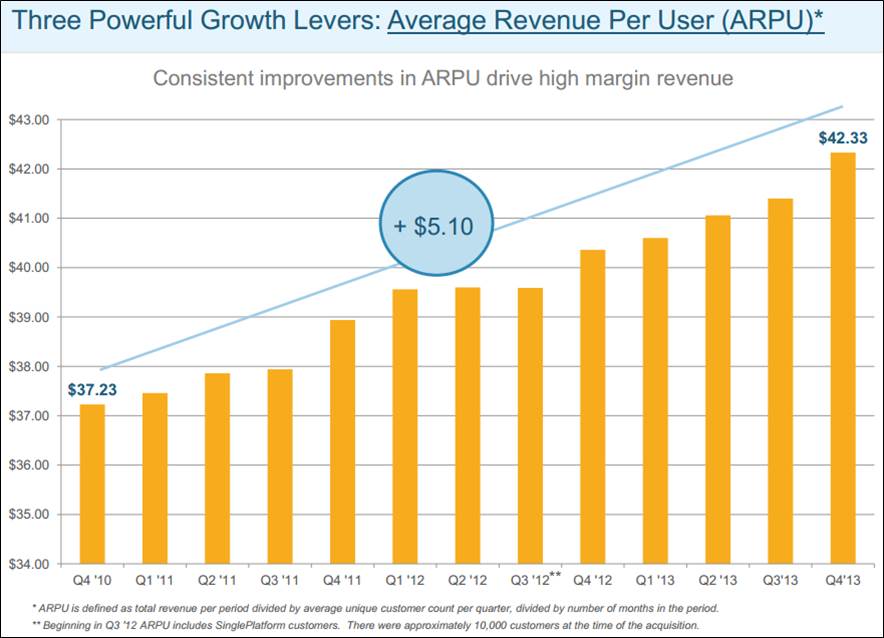 A quick glance at this graph suggests impressive growth – the height of the rightmost bar appears to be nearly triple that of the leftmost bar. But that appearance was created by truncating the vertical axis scale, so that $34.00 is at the bottom. Here’s what the graph would look like if the vertical axis scale began at $0.00: 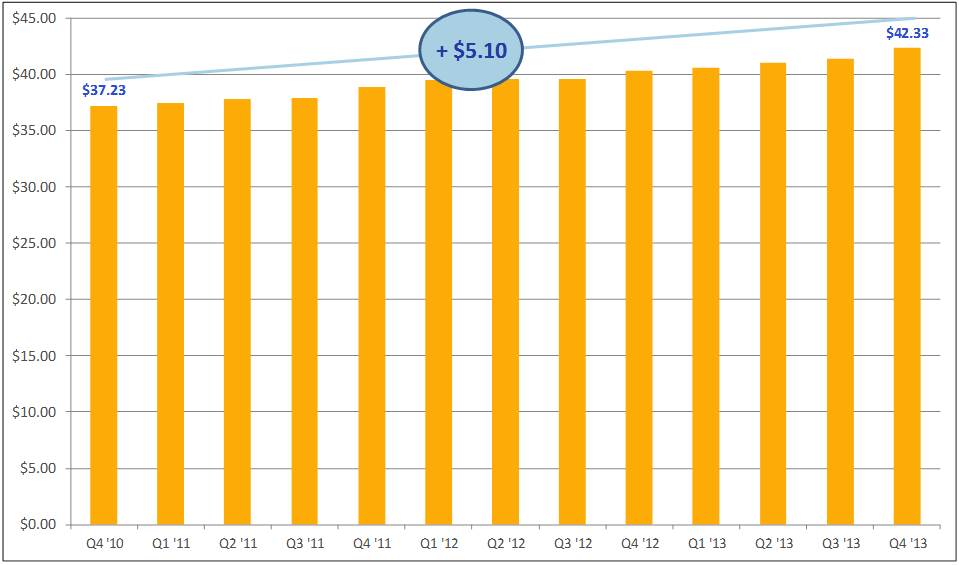 Not as visually impressive, is it? Raising the baseline of a graph is one of the oldest quantation tricks in the book; it features prominently in How to Lie with Statistics, the 1954 classic by Darrell Huff. So the question becomes: Was CTCT just making a naïve attempt to produce a more visually pleasing graph, or were they trying to make a trend look better than it really is? As far the audience is concerned:

The most sophisticated consumers of quantitative information – that is, the ones whose good opinion is probably most critical – are most likely to draw the harshest conclusions about presenter intentions, and Those forming harsh conclusions are unlikely to share them with the presenter. The sad thing is that the $5.10, or 14%, improvement in ARPU over the time span shown really does seem impressive to me. CTCT asserts that ARPU is only one of several metrics affecting lifetime customer value, and the effect of each metric is multiplicative with the others. So if they all improved by 14%, that’s a big bump in total lifetime value. Moreover, the graph shows quarterly changes; the apparently modest growth rate of 1.1% per time period shown translates into 4.4% per year.

The tactic of truncating a graph’s vertical axis is one we see all the time. But as you consider it, ask yourself: Is the potential benefit to how the content is interpreted worth the potential impact on how you are perceived as a presenter?

Stay tuned – we’re not quite finished with the CTCT investor presentation.