The U.S. House of Reps, and Data Visualization (#2)

I’m including this post in the series because of the extremely insightful suggestions offered by my new friend, Hicham Bou Habib, on LinkedIn’s Certified Corporate FP&A Professionals group discussion thread. Here is a revision to the graph I posted last week (click here to view the original); I followed many of his suggestions: 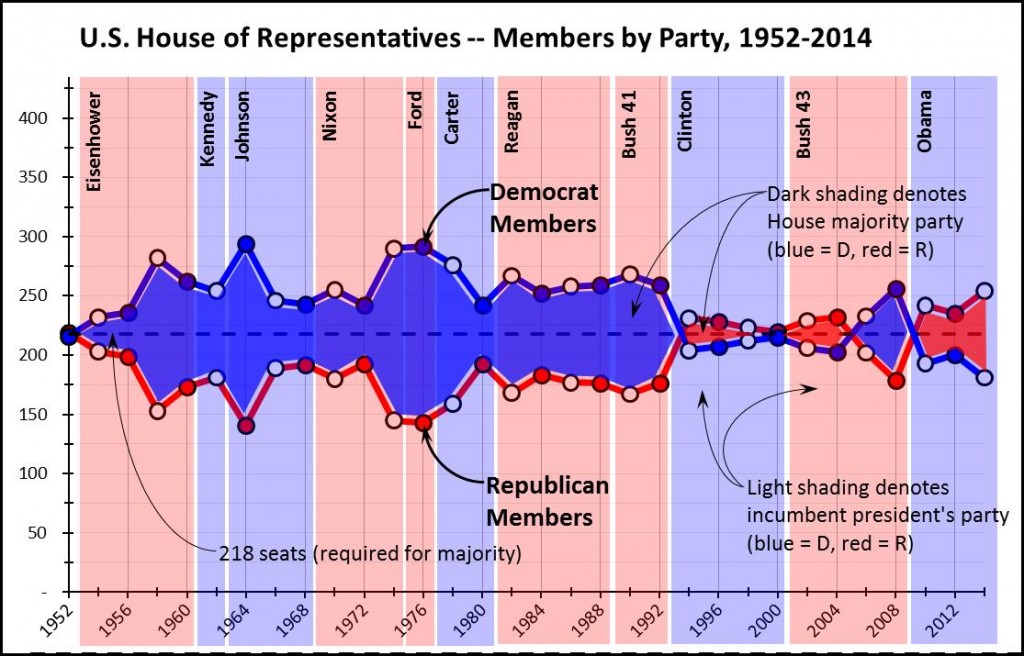 The changes, which will seem minor at first glance, add significantly to the graph’s readability; they include:

The whole point of a graph is to give the reader a quick, easily comprehensible visual impression of the data, so even small changes can be critically important.

We now have a graph that is (I hope) easy to read and, in a single visual, presents the following types of data:

That’s great, and I’m proud of my effort. But I also want to point out:

Since the whole point of the Washington Post item that I was so critical of in the first place (click here to see it), was to assess how the president’s party does in mid-year elections, we really haven’t succeeded. Yet. My next post will offer a glimmer of hope.