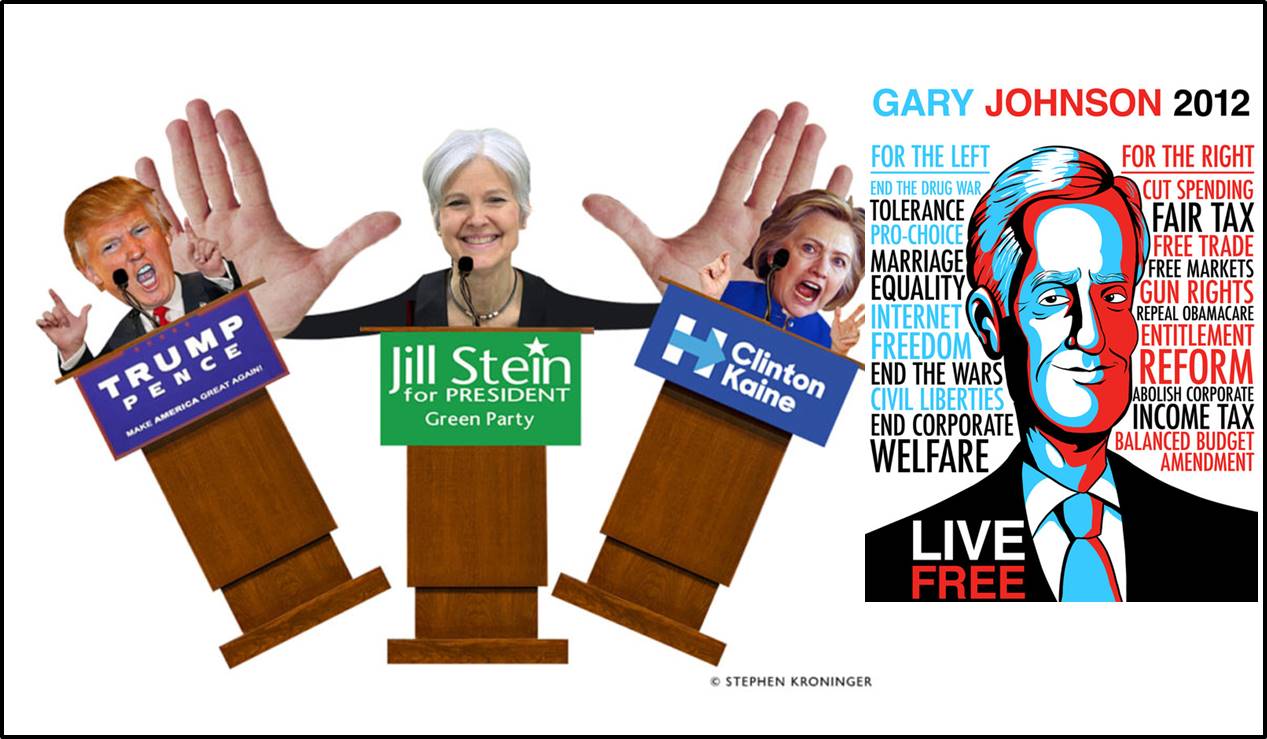 Throughout the current presidential cycle, I’ve had to listen to self-styled pundits assert that a vote for candidate X is a “wasted vote,” and even though they preferred candidate Y, they weren’t going to vote for him/her either because that vote would also be “wasted.” Instead, they stated that they were going to “vote strategically.” It’s no surprise that many of those smarty-pants are unhappy with the principal choices they’ve been left with.

Still others have argued that voting for one of the third-party candidates is a “wasted vote” since he/she has no chance of winning. Of course, by that reasoning, the only vote that’s not “wasted” is a vote for the ultimate winner.

Now, this is a website about understanding numbers, so here’s a number: ZERO.  That’s the chance that your own single vote will have any effect on the outcome of the election for president. (That’s of course much less true for local races, where only a few thousand or a few hundred votes are cast, but it’s absolutely true when yours is one of more than 100,000,000 votes.)

So why vote? Because in a democracy, it’s certainly a privilege to vote – many would argue that it’s a civic duty – and living in a democracy doesn’t mean much if only a tiny fraction of the citizens exercise their right to vote. A fact: roughly 10% of the world’s population lives in countries where voting is compulsory.

And even if voting because it might influence the outcome is mathematically irrational, it’s still an opportunity to express an opinion. This year, we are blessed with four candidates (including the Libertarian and Green Party candidates) with wildly diverging positions on a wide range of issues. And a relatively small number – OK, small compared to 100,000,000-plus votes – of votes cast for a third-party candidate can send a loud signal to the Republican or Democratic Party that may usually get your vote. So if free markets with minimal regulation (or taking action to combat global warming) is your top-priority issue, a vote for the Libertarian (or Green) Party candidate may actually be your best way to have an impact on American politics.

This blog is partly inspired – though I am emphatically not a socialist – by the example of Norman Thomas, who ran as the Socialist Party candidate six times between 1928 and 1948. He never got more than 800,000 votes, but by the time he stepped away from politics, a great many Americans knew what he stood for, and some of his principal advocacies – like social security and more widespread birth control – were widely accepted.

As a loyal son of Old Nassau, I note with some pride that Thomas graduated with Princeton’s great Class of 1905. The above quote is on a plaque in the Norman Thomas ’05 Library at Princeton’s Forbes College. This is entertainingly ironic, given how different Thomas’s ideology is from that of the Forbes boys (Malcolm Sr., ’41, and Malcolm “Steve” Jr., ’70). Go Tigers!