Wells Fargo Is Trying to Fix the Wrong Problem 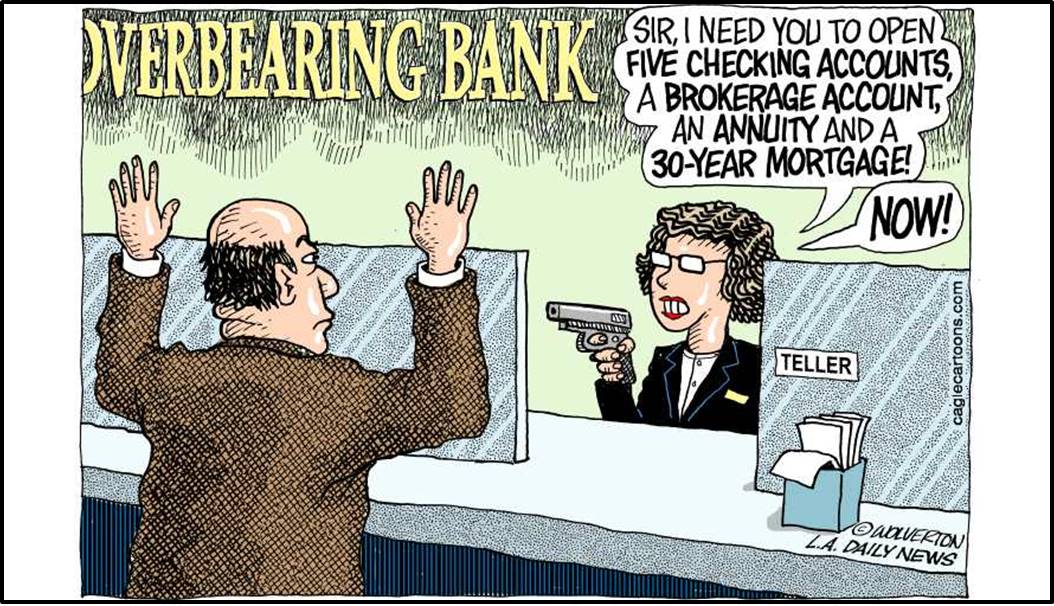 If there’s anything more appalling than Wells Fargo creating about 2 million unauthorized retail banking accounts over a five-year period, it’s their cowardly – and self-destructive – announcement that they will eliminate all sales quotas for such products. There are lots of reasons for the whole fiasco, but having a comp plan tied to account creation not only isn’t one of them, it gives a highly effective management and incentive idea a bad name.

The main premise of incentive comp schemes is that you want employees to behave in a way that maximizes their compensation. Along with that motivation comes the responsibility for ensuring that employees aren’t maximizing by using fraud, coercion, or other undesirable behaviors. Enterprises have several effective tools for creating that assurance:

The fact that millions of unauthorized accounts were created tells us that the controls were utterly absent. And the fact that Wells Fargo fired over 5,000 employees for comp plan malfeasance suggests that a flawed corporate culture existed, to put it mildly – and that many despaired of making their quota the old-fashioned way (that is, by earning it). Moreover, a healthy corporate culture is a top-down phenomenon; the fact that no senior Wells Fargo executives were among the 5,000-plus firings tells us that there is no acknowledgement of management responsibility, a critical element of a healthy culture. Given the absence of the above factors, it’s astonishingly dishonest to pick on comp plans as the culprit.

Now is exactly the wrong time for Wells Fargo to eliminate incentive compensation in the retail bank. Given the firestorm of bad publicity, any employee who can convince a retail customer to open up some new accounts is a gifted salesperson who deserves to be rewarded.

A secondary concern of mine is that Wells Fargo’s decision to eliminate sales quotas is a tacit suggestion that there is something inherently wrong with incentive comp plans in the first place. That’s a shame, when the real problem is boneheaded and cynical implementation of the plan. More than two years ago, I blogged about the Veterans Administration’s similarly dumb idea about bonus plans (see “VA Bonuses: This Week’s WORST Government Decision”) in the wake of their scandal about management dishonesty regarding patient waiting times.


Wells Fargo Is Trying to Fix the Wrong Problem
What Does a Bad Hire REALLY Cost?
NEW! The Deadly Sins of Incentive Compensation
U.S. Test Scores -- Does "That Which Is Measured Improve"?
Again with the Most Useful Graph Ever, This Time for MBOs